The Impact of New Laws When Selling Medical Device to Europe: Part I

Here’s the dilemma that has faced US medical device manufacturers looking east to Europe for an easier path to increase sales: for years it has been easier to get medical devices to market in Europe.

The reason, of course, was that European regulations allowed devices to be sold as long as they performed “as intended” and were “likely to be safe.” That meant they could get to market faster. Submitting a technical file was easier and the overall review process was simpler and much faster. There was a cost; studies showed that medical devices first approved in the European Union had a higher rate of safety issues than devices first approved by the FDA.

In an effort to reduce safety issues and risk, European medical device regulations were fundamentally changed in 2010, affecting every medical device sold in Europe. An amendment to the Medical Devices Directive (MDD) 93/42/EEC essentially mandated that every medical device sold in Europe, regardless of its classification, must have a clinical evaluation (CE) report in its technical file. The issue was that the CE report was simply a literature review. The thought was if the body of literature showed that the device was safe and effective then the risk would be lowered. The report was to augment or substitute for any clinical data that is submitted to the notified body.

Unfortunately this did not reduce the number of large recalls and safety events including the high-profile events: metal on metal hip replacements recall and the ruptured breast implant crisis. A report by the European Commission’s Medical Device Experts Group (MDEG) concluded that most manufacturers didn’t have adequate clinical evidence for their medical devices and that most notified bodies didn’t thoroughly verify the clinical evidence that was provided to them by manufacturers. The findings applied to Class I and Class IIa devices, as well as Class IIb and Class III devices. This report prompted urgent regulatory reforms to the medical industry and the European Commission started looking at significantly changing the law in September 2012.

The MDEG cited in their report that clinical evaluations are a major area of concern. The CE report did not really do its job because the literature did not necessarily show, specifically, that a company’s product was safe or effective just that the theory of operation was acceptable. In addition much of the literature cited was not from peer-reviewed or statistically relevant studies.

The European view anticipates and demands an exhaustive review of the published and unpublished literature. For an old product like a wound dressing, this could consist of thousands of articles going back to the time of the ancient Greeks. However, for a familiar product like a tongue depressor, there may be only a limited amount of scientific literature available.

The MDR was officially published on May 5th 2017 and will enforced on May 26th 2017. Manufacturers of currently approved medical devices will have a transition time of three years until May 26th 2020 to meet the requirements of the MDR.

One consequence of the new laws is an increased focus on the CE report and a need for product specific clinical trials. There is no ‘grandfather clause’ so even products that have been on the market for many years may require new clinical trials.

The new MDR laws, the need for new and additional clinical trials, and the increase scrutiny Notified Bodies will have on medical devices will be significant. Organization will need to review every product sold in the EU and around the world to ensure compliance to the new law. This will require coordinated planning and additional resources. If the timelines are not met, devices must be removed from the market. This may force companies to review the investments made to their portfolio of devices and reduce the number of devices .

In Part II, we’ll take a closer look at Clinical Evaluation Reports and the impact the new EU regulations are having upon them for US medical device manufacturers.

This page is having a slideshow that uses Javascript. Your browser either doesn't support Javascript or you have it turned off. To see this page as it is meant to appear please use a Javascript enabled browser.

Testimonials
“Medicept is an outstanding quality consulting firm which never misses a beat on matching the client’s Quality needs with the daily, regulating and mandated FDA and ISO requirements.”

Jocelyn E.LHI Technology
“MEDIcept has been easy for all to work with, they know a lot about out company and everyone actually enjoyed working with them. Their consultant, Fides Maldonado conducts herself as a professional, she added value to many projects and communicates ...

Paul CaraccioloPutnam Plastics
“MEDIcept was effective at helping refine my thinking regarding new methods for RCR and helped prepare the new invention for commercialization. Very efficient communication and offered relevant feedback throughout the process. MEDIcept is a valuable resource for any surgeon-inventor.”

Dr. Phil DavidsonUniversity of South Florida
“Thank you, I am confident your assistance will go a long ways with the PV team as we prepare for the inevitable FDA audit. I now consider your organization part of the PV team and believe your collaboration will be ...

A Unique Device Identifier (UDI) is a numeric or alphanumeric code that is assigned to a medical device. These codes are entirely unique, designed as a method to easily identify and determine the use of devices sold in the United States and Europe. The purpose of a UDI is to enable the regulatory agencies, industry, device users, and healthcare systems to be able to recognize devices from manufacturing through distribution to patient use. In the U.S., in an effort to improve the process for...
Read More

Since their introduction two decades ago, hydrophilic and hydrophobic coatings on intravascular devices such as catheters, wires, and delivery systems have proven highly popular for decreasing the frictional force when the devices are introduced into the vasculature. By reducing the force required to manipulate intravascular medical devices during vascular interventional procedures, these coatings reduce the risk of damage to blood vessel walls and prevent vasospasm. According to the...
Read More 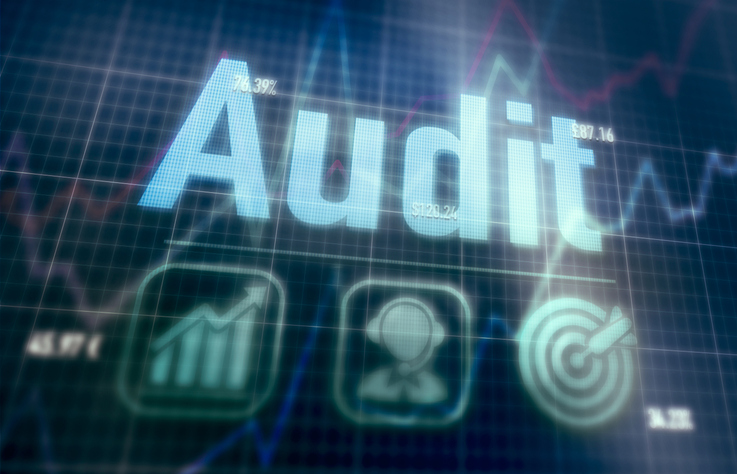 Virtual audits are our current situation; yes, it’s a bit out of our collective comfort zone, but it beats not performing audits at all during this time of uncertainty. Quality System compliance can still be assessed no matter the environment, with a few key changes in the way we performed audits a month or two ago. Maybe this experience will change the way we handle auditing in the future.   Ensure your Quality System can be accessed remotely. Not just your Quality System documents,...
Read More